In his treatise, The Beautiful in Music, Eduard Hanslick, a Bohemian music critic and major proponent of Brahms, famously wrote, “Music means itself.” Here we discover the can of worms that emerges in attempting to write about music and the devices that reproduce it in our homes. That other more famous quotation, “Writing about music is like dancing about architecture” gestures towards that same space. There is an inherent difficulty in attempting to write about music. Music is a language, any other description is inevitably supplemental. And there is a whole other layer of difficulty involved in describing to others what a device will do to the reproduction of music in their homes under highly idiosyncratic and unique conditions when the review has been written under another set of entirely complex and different conditions. Reviewers have to grapple with these issues every time we sit down to write about a piece of equipment. Yet reviewers persist, as I will in this instance, because of our belief that the articulation of the experience of reproduced sound is not only clearly possible, but also clearly possible in ways that are noticeable and describable across a wide array of variables. 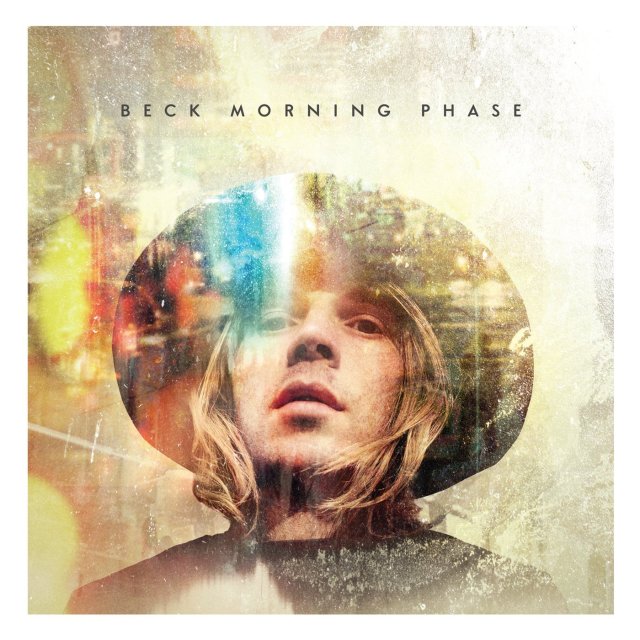 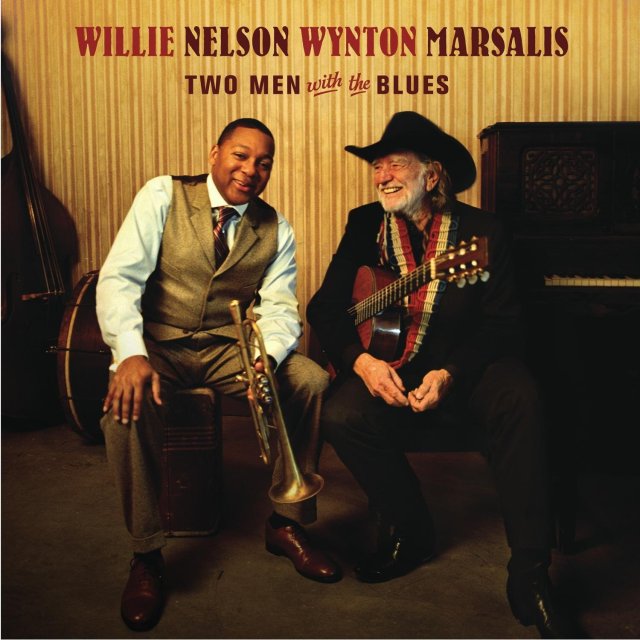 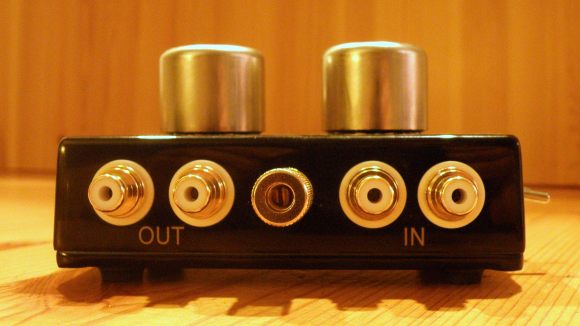 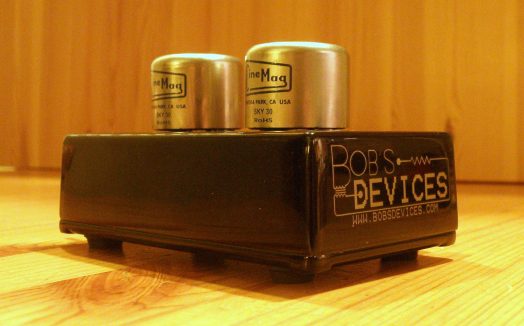 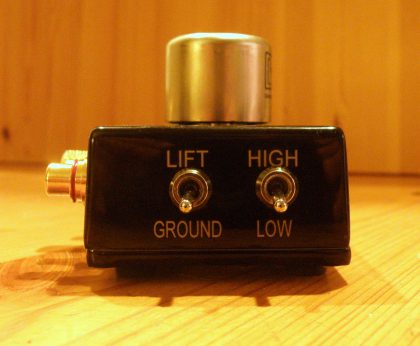 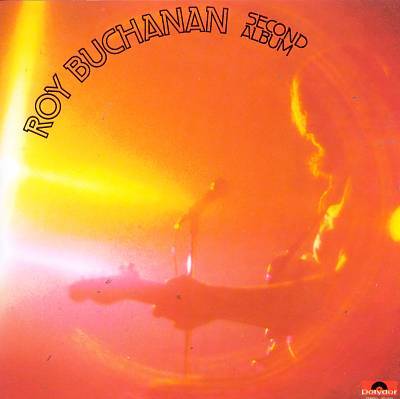 Over the past several weeks, I have had the pleasure of experimenting with Bob’s Devices Cinemag Sky 30, a step-up transformer (SUT) used to passively raise the signal of low-output moving coil (MC) cartridges to the point where they can be amplified by a moving magnet (MM) phono stage. I will tip my hand early here: the Sky 30 SUT is a great addition to a vinyl front-end if you are planning on running MC cartridges. This SUT added air, depth, and breadth to the soundstage of my system. There was a clear definition of space around instruments as the sound was reproduced from the records I listened to, as well as an overall sharpening of imaging. I felt like the Cinemag Sky 30 was removing a slight veneer in my setup that prevented me from hearing all the details that were existent in the recordings. The music was clearer, more transparent, and generally, more present. This did mean that, at one level, my system ended up becoming slightly more analytical than previously, but this level of resolution was a bonus on most of the records that I listened to with the Cinemag Sky 30 (let’s be frank, everyone has some records where increased resolution does not do the music any favours!)

The Cinemag Sky 30 is a diminutive hand-polished black aluminum rectangular enclosure with two silver transformers on the top (with blue labeling indicating the model), two toggle switches on the side (high/low gain and lift/ground), a phono grounding post, and gold-plated input and output RCA plugs (XLR are also available). The Cinemag Sky 30 is switchable in terms of gain: low gain (1:15) nets you 24 dB, while high gain (1:30) nets you 30 dB. There is another version called the Cinemag Sky 20, which is switchable between 1:10 and 1:20. These options ensure that discerning audiophiles can acquire the SUT with the amount of gain most suited for the MC cartridge of your choice. The lift/ground switch designates how the device will treat the phono ground from your turntable, and these options are especially helpful if your system has a ground loop hum. Throughout the demo, I used the Sky 30 with the switch in ground mode as I noticed it was noisier in the lift position, but experimentation is always a good idea so I recommend trying different configurations to get the best performance from the SUT.

Bob Sattin, the owner-operator of Bob’s Devices, hand-builds each of these devices and maintains meticulous quality control to ensure that the construction of each unit is of the highest standard. On his website, Sattin points out that internal connections are “resistance soldered using the American Beauty system which avoids heat damage to the delicate insulation on the hair-like wires of the transformers.” In a SUT, the transformers are the big money object and, as such, they require special consideration during the construction process, but once they are out in the world of use, they are quite durable.

My vinyl front-end consists of a Lenco 78 dropped in a massive Nantais-style chassis with a LAD-badged Jelco 750D sporting either a Shelter 501 mk ii or a Zu Denon 103 (Grade 1). The turntable was connected to the Cinemag Sky 30, which was then connected to the MM phono input on my Triode Lab Au Pre Grande preamp. Amplification was handled by a pair of 2A3 monoblocs from Triode Lab, while the speakers are a set of Tyler Acoustics PD15s.

So, slight backstory, my experience with SUTs has been limited to one extended and joyful period with a set of Altec 4722 transformers that I picked up in a homemade chassis three years ago. This SUT made a convert of me because the Altec 4722 transformers opened up the sound of my system and helped me hear a brand new level of resolution and imaging in every album that I put on. So the question remains to be asked: How did the Cinemag Sky 30 make the music sound? This question is inevitably comparative because I can only write about the Cinemag Sky 30 in relation to my experience with the Altec SUT.

Every time I dropped a needle on the turntable with the Cinemag Sky 30, I was in for a treat. When I listened to Roy Buchanan’s Second Album, I was particularly struck with the intensity of plaintive sound that he is able to wrest from his guitar on “Five String Blues.” Buchanan’s playing is inspired in this instance, but the recording was elevated to particular heights as the Cinemag Sky 30 was able to demonstrate the full range of tone, attack, and control in the creation of this blues. The record highlights Buchanan’s guitar playing and the Cinemag Sky 30 made the room open in front of me with a wide soundstage and precise imaging. When I had my eyes closed the guitar was, for all intents and purposes, in the room with me. The Cinemag Sky 30 had opened the curtain on this recording and I was intensely affected by the clarity of the guitar tone. I also came to appreciate the supporting rhythm section that anchored the guitar playing to the ground. There is a great, flamboyant solo by Dick Heintze on piano near the beginning of this track that adds another level of beauty to an already dynamic recording.

In an entirely different way, the Cinemag Sky 30 opened up the horizon of Beck’s Grammy-winning Morning Phase. Listening to “Wave,” the reverb applied to Beck’s vocals became eerily beautiful as they hauntingly drift through the reverberant string arrangements on the track. This album has an atmospheric quality that can be hard for a system to get right, but the Cinemag Sky 30 was able to clearly accommodate the demands of the track’s spreading acoustic signature. Throughout the album, Beck’s acoustic guitar was meticulously clear and centre-stage, while his backing vocal arrangements floated out towards the horizon that the Cinemag Sky 30 was able to produce. The spaciousness of the soundstage on this recording was clearly and demonstrably enhanced by the SUT.

Recorded live at the home of Jazz at the Lincoln Center, Willie Nelson and Wynton Marsalis’ Two Men with the Blues has all the virtues of a compelling and engaging performance with an excellent range of dynamic content. Both Marsalis’ trumpet and Nelson’s guitar, and voice are clearly presented front and centre, while the backing band stomps or swings as necessary. On “Bright Lights, Big City”, the intimacy of the recording, as well as an almost palpable sense of joy emerges from the record’s grooves. The initial trumpet solo on “Night Life” was clearly delineated and both the timbre and tone of the instrument were portrayed with a vivid reality. Marsalis’ horn screams out at points and, with my eyes closed, the Cinemag Sky 30 made me feel like I could feel the wind created by the instrument. The Cinemag Sky 30 enhanced the relaxed bluesy song because I could hear the space around the various instruments and I was aware of the musicians listening and attending to what the others were playing. This dynamic synergy is a difficult thing to capture and I think this is where the Cinemag Sky 30 succeeds most clearly.

When Hanslick wrote that, “Music means itself” he was attempting to move music criticism away from a language where music was equivalent with emotions. He is right, music is not emotion, but it does affect us emotionally. In listening to the Cinemag Sky 30, I was distinctly aware that this device is not an emotional instrument. It is, rather, a transparent, analytical, and musical device that reveals a tremendous amount of information in the details of a recording. The Cinemag Sky 30 is extraordinarily good at opening up a soundstage and placing instruments within that space with a clear sense of the air around them. Imaging, detail retrieval, intimacy, resolution are all qualities the Cinemag Sky 30 has in spades. With multiple versions (Sky 20 and 30), it offers versatility for use with many different cartridges and phono stages. My only caveat is perhaps that it is a little expensive. Many audiophiles simply do not have the resources to devote $1,250 to a step-up transformer on top of all the other components required to have decent stereophonic reproduction of music. Still, I would highly recommend Bob’s Devices Cinemag Sky 30 if you have the budget to accommodate it within your overall financial allocation.